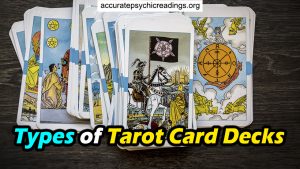 A general deck of Tarot cards usually consists of all 78 cards split into 2 groups. The first group will include 22 cards called the Major Arcana while the second one will contain 56 cards called the Minor Arcana. In fact, each group will differ from their appearances and roles that they play in … END_OF_DOCUMENT_TOKEN_TO_BE_REPLACED