Wisdom of the ancient Mayas convinces us of the practicality of Mayan astrology signs in respect to human beings’ essence.

For decades, knowledge about the Mayan astrology system has enabled us to know more about the innate traits as well as destined future.

It is hard to deny the fact that the Mayas’ future predictions are quite accurate.

Sometimes, they serve as the guides for us to form the right expectation over the far-off outcomes. Hence, there is no reason to run away free Mayan astrology reading available on horoscope sites analyzing your inborn pros and cons associated with future prospects.

What is Mayan Astrology? 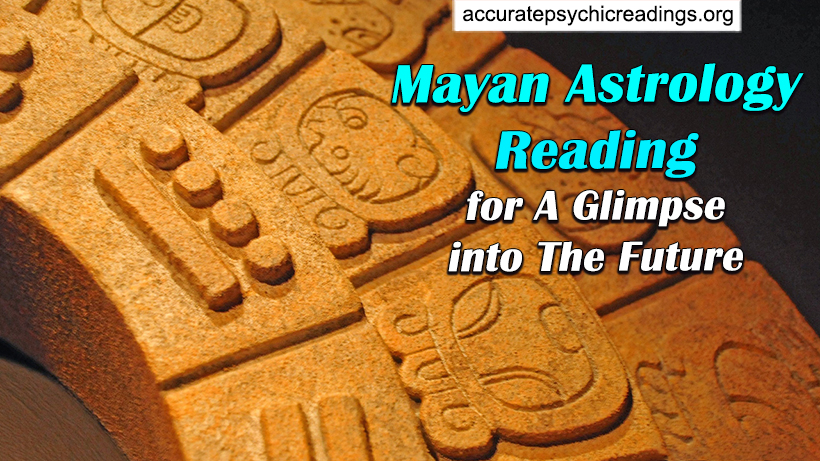 In general, Mayan astrology is known as a variation of Mesoamerican astrology – one of the most forward-thinking types of astrology.

The Mayan calendar or Tzolkin consists of 20 day-signs and 13 Galactic Numbers that make the 260-day calendar year. Of course, one Mayan day sign will reflect somehow his/her personality traits.

The calendars of the Mayan cultures have been believed to integrate into our planetary consciousness via different media sources. Interestingly, one of these Mayan calendars that have the end day of 21st December, 2012 has been the subject of various theories as regarding what it prophesies.

The Tzolkin, signifying “count of days”, was generally adapted through the Maya from the earlier Aztec, Olmec and Toltec cultures of Mesoamerica. At that time, the Maya made use of their own names for the twenty astrology signs which consist of this calendar.

Once a kid is born to today’s Maya, his parents may know what his personality traits and nature can come from the astrology sign as well as the accompanying number.

In fact, these two great components may be said to be similar to the Moon and the sun signs of Western or Gregorian astrology.

The 20 day-signs are considered as the main key to almost all Mesoamerican symbolism. Yes, their wonderful qualities can be projected to other kinds of measurements, like the zodiac signs in Western astrology.

The following are their names and exciting meanings:

How to Calculate Mayan Signs? 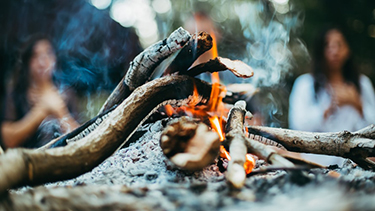 Simply searching the keywords, ones will instantly end up with many sites offering the free astrology reading in the Mayan style. Your destined sign is also disclosed for the better self-knowledge and forethoughts as well.

Those are the 20 Mayan astrology signs presented on many reputable horoscope sites. It is quite intricate to explain the reasons why the sites don’t evolve their Mayan names.

For instance, those born in January 22nd 1991 have the Mayan sign of eagle featuring the free spirit, strong intelligence, and fantastic creation. However, they tend to keep distance from the public with escapist side and stubbornness.

Anyway, free Mayan astrological reports are actually offered day after day for the online users who trust the accuracy of the ancient art.

Working on the basics of the Mayan calendar (also termed as Tzolk’in), the reading is only activated with the submission of birth dates. As the Mayan day signs denotes your personality from birth, figure out them to grow better than ever!

Along with that, Mayan compatibility is the FREE service helping many individuals to know how harmonious they are with people around. By discovering how your Mayan signs sync up, it is possible to make the relationship work for the lifetime commitment.

Thanks to the assistance of the educative reports, ones deeply know their ups and downs on the quest of spiritual growth.

What are Astrology Signs? 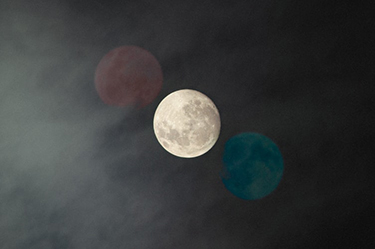 Things to know about astrology

Astrology is considered as the study of correlations of the celestial events with particular behavior on earth, especially correlations that may not be explained by magnetism, gravity and other forces well-established in other sciences.

In general, the term “celestial events” are referred to any event in the sky.

For instance, the sun rising or two planets appearing in the same area in the sky are the typical examples of celestial events. These events may consist of any celestial body, regardless of whether it is the sun, the moon, asteroid, planet, star, black hole, comet, quasar, etc.

In fact, astrology has been practiced by nearly every advanced civilization for years. However, it has been virtually controversial as well. These days, doubt about this study is as strong as ever.

Of course, there will be several reasons for this. Interestingly, astrology has had its origin in the ancient times once a few scientific methods were used, and superstitions were rampant in these civilizations.

In some cases, some of us can refuse the meaning of astronomy and astrology, right?

Actually, astronomy is known as the science, studying celestial phenomena physically. Moreover, all of the objects in the sky are discovered in terms of their positions, history, constitution, etc. Of course, astronomy is a science, and nobody is likely to dispute its validity.

More importantly, astrology goes step beyond astronomy through making great correlations of celestial phenomena with some events on earth. These correlations seem not to be of the nature which may be easily explained by the traditional scientific concepts.

Astrology signs and their amazing discovery

The 12 signs of the Zodiac cycle may be split into both positive and negative, masculine and feminine, or active and passive.

Some of the masculine signs will be known as Leo, Gemini, Aries, Libra, Sagittarius and Aquarius while the feminine ones will include Taurus, Cancer, Scorpio, Virgo, Capricorn and Pisces.

It’s time to consult the above table!

The Quaternaries will be 3 in number. It means that the 12 Zodiac signs will be divided into 3 categories of 4 signs each. Their names will be the Cardinal signs, the Mutable signs and the Fixed signs.

The Cardinal signs will include Cancer, Aries, Capricorn and Libra. They are the signs of dynamic movement, change and great vitality.

The Mutable signs will cover Sagittarius, Gemini, Virgo and Pisces. They are the interchangeable and adaptable signs that are able to mold and modify conditions and circumstances in life.

The Fixed signs will consist of Scorpio, Taurus, Aquarius and Leo. They indicate earthiness, fixity and stability. The determination of these Fixed signs tend to show itself in the form of wonderful willpower.

In brief, before interpreting what our sign is talking about, it is necessary for us to determine our sign based on our date of birth. After that, get access to some horoscope-related sites, and then type our birthday or choose our sign on the chart.

Just with a click, many secrets about our life, characteristics, love, etc. will be unearthed.

What is Chinese Astrology? 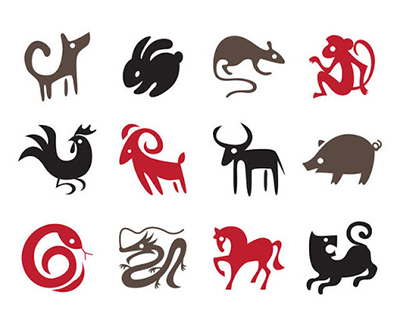 Chinese astrology is extensively known as the most accurate and developed type of horoscope in existence.

Of course, the art is truly rooted in the classical Chinese philosophy, and makes use of the similar concepts including Chinese language medicine and religion. More amazingly, the developed astrology tends to be based on the elliptical exercise machine solar 12 months and constellations.

In general, Chinese astrology will be established on the cycles of years, lunar weeks, as well as the time of days.

According to lots of the astrologers, these cycles at the birth date of a person will dramatically impact his persona and fortune.

In fact, some olden Chinese astronomers called the 5 primary planets via the names of the 5 elements.

The positions of the sun, the comets, the moon and the 5 planets in the sky and the Chinese zodiac sign at the time of an individual’s birth will determine his destiny and his life according to the Chinese astrology.

Surely, the 28 Chinese constellations are totally different than the 88 Western ones. For instance, the belt of Orion is described as the “Happiness, Longevity and Fortune” trio of demigods while Xuan Wu is also considered as the spirit of Water in Taoism belief or the spirit of the northern sky.

Along with the astrological readings of the heavenly bodies, numerous stars in the sky will form the basis of several fairy tales.

Let’s analyze the following example for further explanation. The Summer Triangle is known as the trio of the cowherd named Altair, the maid fairy named Vega and the “tai bai” fairy named Deneb.

These two forbidden partners were separated through the silvery river named the Milky Way. Every year, on the July 7th in the Chinese calendar, many birds will form the magical bridge across the Milky Way.

At that time, this cowherd shall carry their 2 sons (the 2 stars on each side of Altair) across this bridge to meet their fairy mom. It is believed that the tai bai fairy will carry out the role as the chaperone of these 2 immortal partners.

Chinese zodiac and its brief view

Interestingly, there are several legends that can explain the beginning of the zodiac.

Here is one of the most common explanations, in the summarized form: “The rat was entrusted with the task of inviting the animals so that they could report to the Jade Emperor to be chosen for the zodiac sign.

At that time, the cat was known as the best friends of the rat, yet the rat forgot to invite her. As a result, the cat vowed that she would become the rat’s enemy for ages to come”.

There will be the cycle of the 5 elements (Metal, Water, Earth, Wood and Fire) on top of the animals’ cycle. An individual’s year sign may be a wood rooster or gold dragon, etc. In the olden match-making practice in Chine, lots of couples were brought together based on their compatible signs.

For instance, it is supposed that the dog-dog will not be the perfect couple, but the dog-pig can. A water dog will support a wood pig, yet dominate a fire pig in their love affair. One of the crucial reasons here is that water is accordance with wood, but may control fire.

In some cases, the elements may be also associated with colors. The traditional correspondences can be red to Fire, green to Wood, white to Metal, black to Water and brown to Earth.

For more details related to this article, please get the inquiries entered in the following online textbox with easiness.